Prof. Arnold Davidson, Distinguished Professor at the Department of Romance Studies at the Hebrew University, named 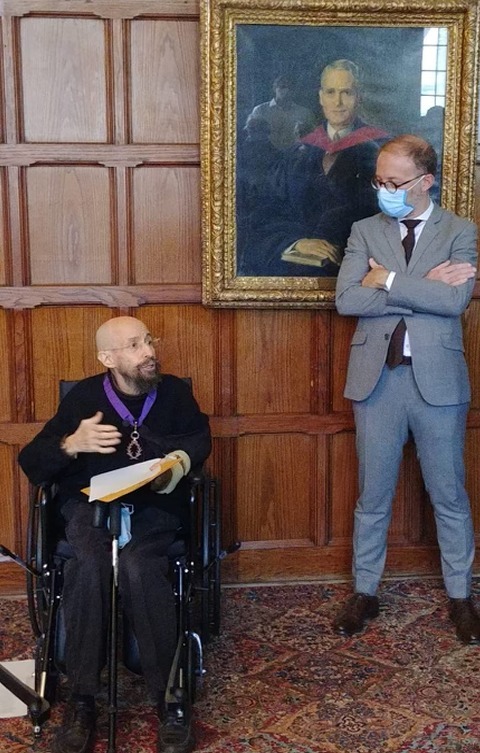 On the 19th of November 2021, Yannick Tag and Consul General of France in Chicago bestowed upon professor Arnold Davidson the insignia of Commandeur in the French Ordre des Palmes Académiques in presence of Gaëtan Bruel, Cultural Counselor of the French Embassy in the U.S.

This is the highest rank of the oldest and most respected award given to scholars by the French government.

Prof. Davidson's remarkable research, the quality and number of his publications and translations, the esteem in which he is held by his students and peers around the world, and his unwavering commitment to strengthening ties and exchanges between France and Chicago, make Mr. Arnold Davidson an extraordinary ambassador of French thought in the United States and beyond.